Announcing the Winners of the 2022 Andrew W. Marshall Paper Prize on the Role of Organizational Behavior in Competition

The grand prize-winning paper will be presented and published in Spring 2023. Read about the format of the competition here.

(How U.S. Organizational Culture is Shaping a Reactive Foreign Policy and Subject to a Reverse Competitive Strategy)

The Chinese Communist Party (CCP) is the most persistent threat to the United States and the international order since the collapse of the Soviet Union. This paper raises three central questions: is the way the U.S. government engages in strategic competition with China based on United States interests? Or are the resulting strategies and actions the ways the CCP wants the U.S. government and its leaders to operate? Is the U.S. vulnerable to a Chinese reverse competitive strategies approach? While challenging to ascertain, the paper posits that, because of organizational behavior and culture, the U.S. foreign policy community approaches strategic competition in ways not advantageous to the United States. The paper raises the idea of competitive strategies in the U.S.-CCP strategic competition through an analysis of the political-military condition of U.S. foreign policy. By exploring contemporary issues such as Taiwan and integrated deterrence, juxtaposed against historical examples, an underlying pattern emerges. Because of ill-defined objectives and meanings of success, the U.S. could be playing into CCP strategies, interests, and advantages. The goal is not to supply a prescriptive or direct answer, but to provide a diagnostic assessment on the susceptibility of the U.S. to such a reality. 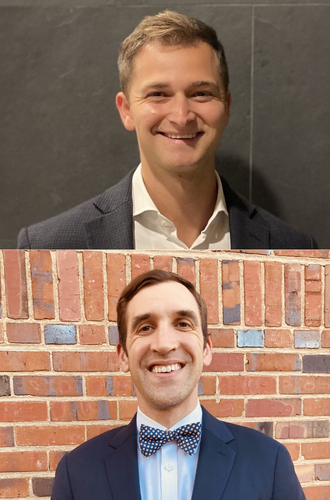 Credible to Whom? Credibility, Organizational Politics, and Crisis Decision Making

When and why do foreign policy decision makers care about the credibility of their own state’s commitments? How do policymakers’ conceptions of credibility affect their willingness to support the use of force during crises? Building on classic scholarship in bureaucratic politics, I argue that organizational identity affects the dimensions of credibility that policymakers value, and ultimately, their advocacy on the use of force. While military officials equate credibility with hard military capabilities, diplomats view credibility in terms of reputation, or demonstrating reliability and resolve to external parties. During crises, military officials confine their advice on the use of force to what can be achieved given current capabilities, while diplomats exhibit higher willingness to use force as a signal of a strong commitment. I demonstrate support for these propositions using three illustrative case studies of U.S. foreign policy decision making. I demonstrate that credibility concerns affect the balance of hawkishness in advice that diplomats and military officials deliver to leaders as a function of organizational identity. These findings have key implications for contemporary policy debates about credibility, civil-military relations, and crisis bargaining under the aegis of strategic competition.

Virtualization, Organizational Attention, and the Perceiving of Weak Cues

Recreating ‘Policy Hill’: A Case Study Supporting the Installation of a Contingency Planning Group at the National Security Council

A Case Study – The Organizational Behavior of the U.S. and Imperial Japanese Navy’s Torpedo Development Efforts Up to and During the 1940s

The Privatization of State-Building and National Security: How the Department of State’s Procurement Processes Impact the Implementation of American Strategy