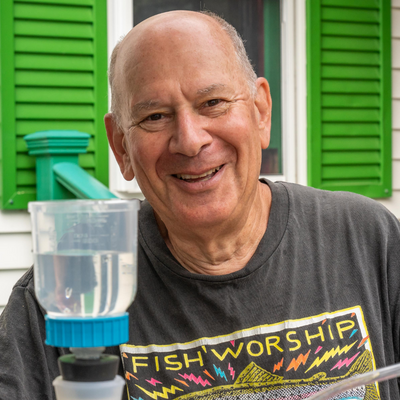 Jesse Ausubel is Director of the Program for the Human Environment at The Rockefeller University and chair of the Richard Lounsbery Foundation. Beginning in 1977, Mr. Ausubel was employed for most of the first decade of his career in Washington, DC at the National Academy of Sciences (NAS) and National Academy of Engineering (NAE). For the Academies, as a resident fellow of the Climate Research Board, he helped organize the first UN World Climate Conference in Geneva in 1979. The NAS seconded Mr. Ausubel during 1979-1981 to the International Institute for Applied Systems Analysis (IIASA), a think-tank near Vienna, Austria, established by the US and Soviet academies of sciences to research common problems of industrialized societies amidst the Cold War. IIASA stimulated a career-long interest in science and international diplomacy. During 1989-1993, Mr. Ausubel served also as Director of Studies for the Carnegie Commission on Science, Technology, and Government, which sought ways for American government at all levels to use scientific and technical expertise better. Since 1989, Mr. Ausubel has served on the faculty of Rockefeller, where he leads a program to elaborate the technical vision of a large, prosperous society that emits little or nothing harmful and spares large amounts of land and sea for nature.

Author or editor of about 200 publications, Mr. Ausubel is an adjunct scientist of the Woods Hole Oceanographic Institution, university fellow of Resources for the Future, and member of the Council on Foreign Relations where he serves on the board of Foreign Affairs. In 2009, Dalhousie University (Canada) and in 2012 St. Andrews University (Scotland) awarded Mr. Ausubel honorary doctorates for his contributions to environmental science and technology. Other recognition includes the Blue Frontier/Peter Benchley prize for ocean science, elected Fellowship in the American Academy of Arts & Sciences, and the International Cosmos Prize for leadership of the Census of Marine Life. Named America’s National Ocean Champion in 2012, his portrait was included in an exhibit on two dozen leading ocean explorers. A deep sea lobster, Dinochelus ausubeli, is named in his honor. In 2015 he delivered the U.S. Naval Academy’s 2015 Michelson Memorial Lecture. At present his lab is pioneering studies of naked DNA in seawater to assess the presence and abundance of marine species.