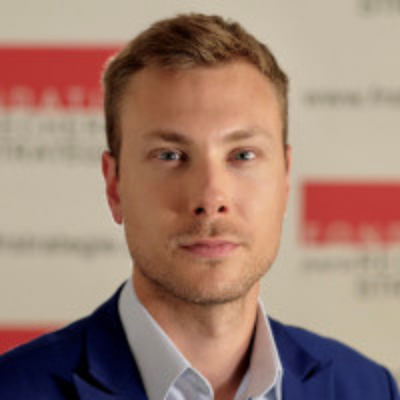 Dr. Antoine Bondaz is a Research Fellow and the Director of both the Korea Program and the Taiwan Program at the Fondation pour la Recherche Stratégique (FRS). His research focuses on China, Taiwan and Koreas’ foreign and security policy, and strategic issues in East Asia. He advises senior government officials as well as private entities in France and Europe, and participates in numerous high-level track 1.5 dialogues with top Asian government officials. He has testified before the French National Assembly and Senate, the European Parliament, the OECD, NATO and at the UN.

An Associate Professor at Sciences Po Paris, he also teaches at Paris 1 Panthéon-Sorbonne, the Paris War College and the National Defence Institute of Higher Education. A Special Adviser to the President of the Delegation for Relations with the Korean Peninsula of the European Parliament (2017-2019), he was a Research Fellow at Asia Centre, oversaw the China Observatory for the Ministry of armed forces, co-directed the quarterly Korea Analysis, and wrote on a regular basis for the quarterly China Analysis. He was an Invited Visiting Fellow at Korea University in Seoul in 2012, and a Visiting Scholar at the Carnegie-Tsinghua Center for Global Policy in Beijing in 2013.

A former member of the International Visitor Leadership Program (IVLP), the invitation program of the U.S. State Department, he also participated in the Korea Foundation and Chatham House Europe-Korea Young Policy Experts Forum, the Japanese Ministry of Foreign Affairs’ Experts Invitation Program, and was selected during the Young Professional Day NATO-ACT/IISS to attend the NATO Transformation Seminar. He was invited to the China-US-Europe Young Scholars Program of the CCCWS and the China-US-Europe Young Leaders Program of the CAFIU.

Antoine Bondaz holds a Ph.D. in political science at Sciences Po with a thesis entitled “From Insecurity to Stability: China’s Korean Politics from 2009 to 2014” (summa cum laude), under the supervision of Pr. François Godement. He has conducted field research in China, South Korea and North Korea, as well as 100+ interviews with leading academics and diplomats. He was a research grant recipient of the French National Centre for Scientific Research (CNRS), funded by the Directorate General of Armaments (DGA), and was awarded several research prizes, including from the National Defence Institute of Higher Education (IHEDN) for four consecutive years, and from the Pierre Ledoux Foundation (Fondation de France).