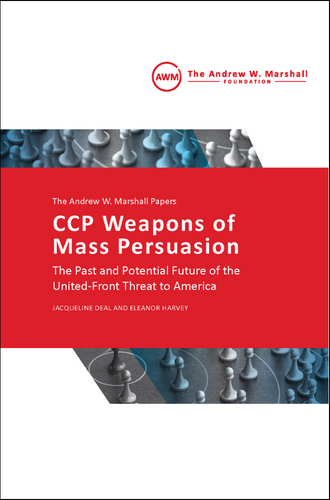 The Chinese Communist Party’s (CCP’s) approach to the United States today reflects the party’s formative competitive experiences a century ago. Starting in the 1920s, the CCP vied with the Nationalist Party (KMT) for control over China, but the CCP was also nominally allied with the KMT in the First United Front, 1924–27. In that context, the Communists waged political warfare against the KMT at the elite and the grassroots level. Initially, the CCP’s aim was to coopt the KMT. When cooption failed, the Communists turned to subversion before attacking the Nationalists kinetically. In recent decades, the CCP has used this united-front template against the United States, thanks partly to a foundation of U.S.-CCP cooperation laid during the Sino-Japanese War and reinforced in the late Cold War. This report accordingly traces the CCP’s repertoire for strategic competition to the Chinese Civil War (Part 1). It then analyzes the application of this toolkit to the United States across a series of interactions beginning in the late 1930s and continuing through the present (Part 2). The report concludes with two alternative visions of how the coming decades could unfold, hinging upon Washington’s ability to counter Beijing’s ongoing subversion campaign (Part 3).

This is an advance copy of a paper from the Andrew W. Marshall Foundation’s forthcoming set of publications
on Examining History to Explore the Future: France, the United States, and China. This project was made
possible by a generous grant from the Richard Lounsbery Foundation.

Read the Paper
Back to Library